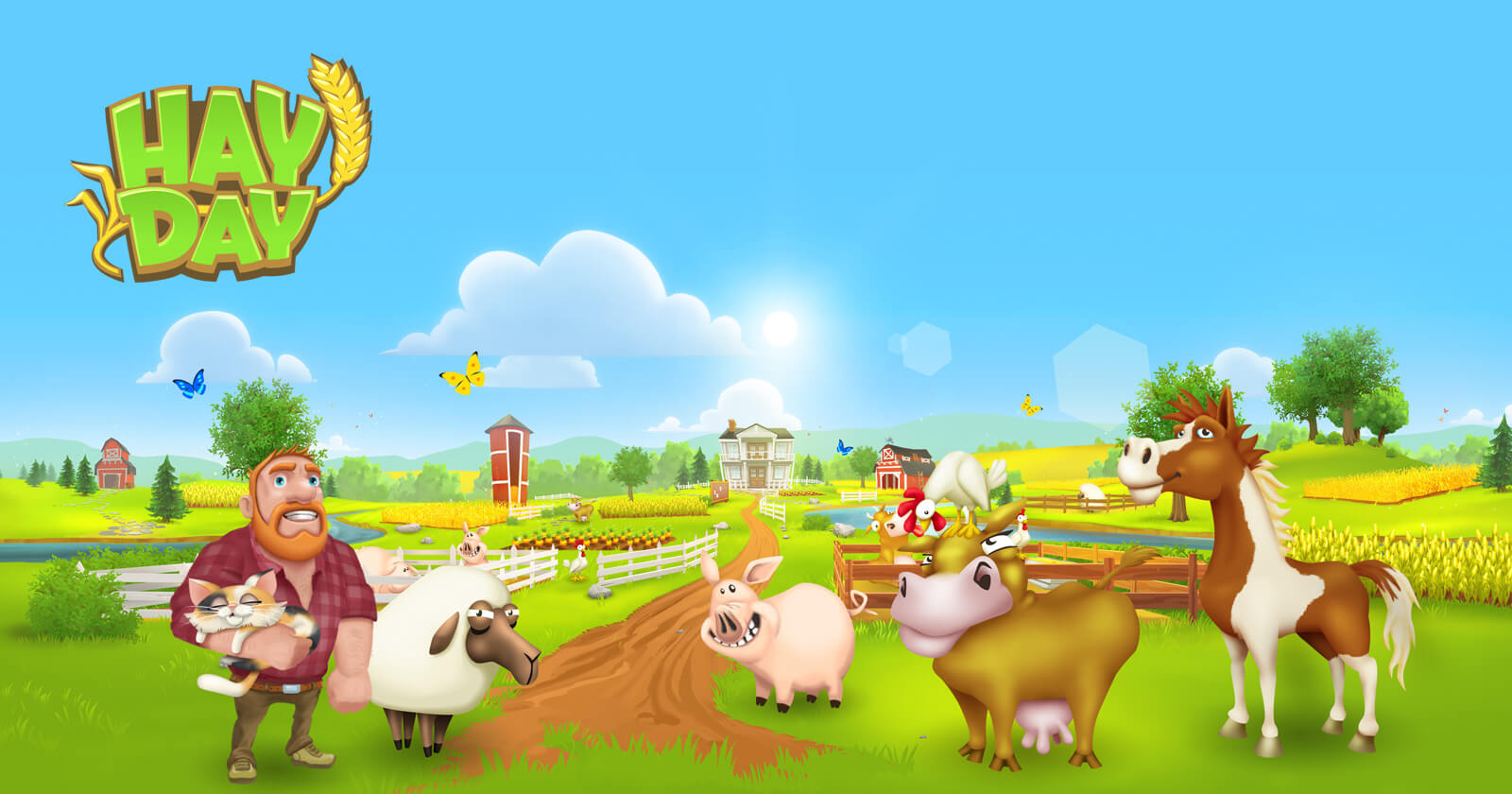 Hay Day is a highly popular farming game that is played by users from across 122 countries. Hay Day can be played both on a tablet and on phone. For playing the game, you will first have to lay the land. After planting crop in the land, you will have to tend them. Once the crop is cultivated, you can exchange them with your friends and neighbors. Hay Day is a special place because the crop remains all good even though it doesn’t rain there. The animals in the farms make Hay Day a fun game.

The users playing Hay Day has the freedom to customize the farm the way the want to. You can trade crops and grow fresh crops in Hay Day. One can build their very own farm in Hay Day. The orders that you get on Hay Day can be fulfilled with the help of trucks. You can o one step ahead and use a steamboat too. Build your own town in Hay Day and welcome new visitors.

Hay Day is all about resources and time in order to get a particular outcome. If you have the patience to play the game, you will really enjoy it. At the beginning of the game, you start with a small patch of land. In addition to that, a scarecrow is present which will help you through the game. You will be directed with the basics of Hay Day by the spare crow. Once, you have learned the basics, you can strategize your very own business plans.

The number of crops will be limited in the beginning, also the land provided to you will be limited. However, as you progress in the game, you will be dealing with animals too in Hay Day. Apart from feeding the animals, you can also sell them to earn money. Everything takes their own time in order to grow in Hay Day.

Whatever activities that you perform on Hay Day helps you to earn stars. These stars help you to level up in the game and upgrade your products, buildings, animals, and crops. You can add your Facebook friends in Hay Day and trade with them in Hay Day.

As the game progresses in Hay Day, you will face difficulty in the level in the form of the products that you need for fulfilling a particular goal. You can also find your creative outlet on Hay Day because the game doesn’t put any limits to creativity. One player can make their farm different from the other player and that’s why all the farms are unique to each other. Also, Hay Day is perfect to get social with your friends in a virtual world. The game provides the users with the option of creating a neighbourhood with the friends.

If you want to play Hay Day in a bigger screen, you can do so using the Nox emulator. Nox is an Android emulator which is used by millions of users from all around the globe to run Android apps and games in their computer and laptop. You can enjoy the perfect Android interface in Nox. This Android stimulator is stable and allows the users to run even apps and games that are heavy.