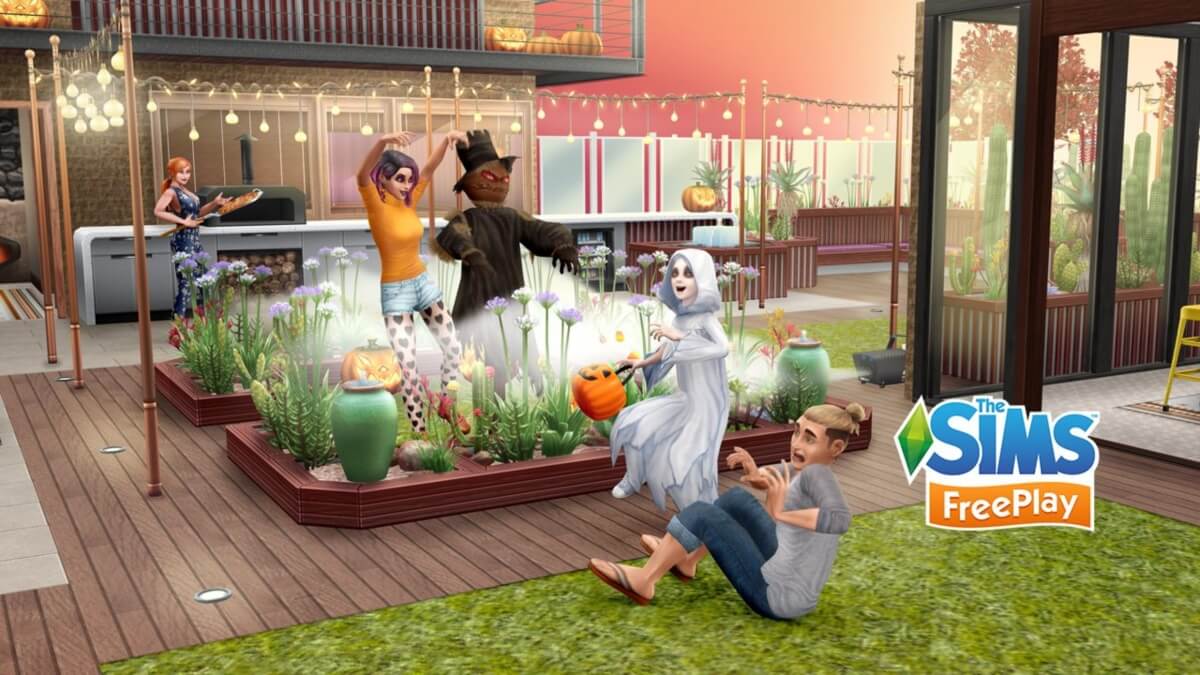 You can customize everything in the Sims’ lives and this includes everything from floor to ceiling. In this game, the user can go ahead and customize the home, swimming pools, décor, floors and of course, the different buildings in town. You will have to play hard to win all the lifestyle points and you can then use the points that you have earned for buying trendy items.

The players also have the option of visiting the Sims town of your friends. You can go there and form new relationships. This will help each other to exchange designing stuff of the house.

We all know that life looks better when everyone is together. And this is the reason why, Sims FreePlay allows you to build relationships in the game. You can start a new relationship, fall in love with your partners and even get married and then of course, start a family! One can express different sorts of emotions in the game just like real human being.

The game features four kinds of currencies: Simoleons, Lifestyle Points, Social Points and Simcash. The premium users of the game will be allowed to earn many advantages through the game.

For playing Sims FreePlay on your smartphone, you will need free storage of at least 1.8 GB. One can play the Sims FreePlay game for free of cost. However, there are few in-app purchases too in the game. And an internet connection is required for playing the game.

Sims FreePlay was developed by EA Mobile and later the development was resumed to Firemonkeys Studio. The game was first launched in 2011 and since then it was made available in a wide sort of platform.

Do you like to play games on a bigger screen? If yes, then use should try downloading and installing the Nox Android Emulator on your computer. Nox is an Android Emulator that allows the users to run Android apps and games on the computer. The Nox allows users to run Android games and apps. What makes Nox the best Android emulator is that it is a highly stable software and it won’t crash.

You can seamlessly enjoy thee games in Nox. You can download Nox on your computer like any other software which is present out there. Once you have downloaded and installed Nox on the computer, you will get the Android interface and you can the download Android apps and games into it.