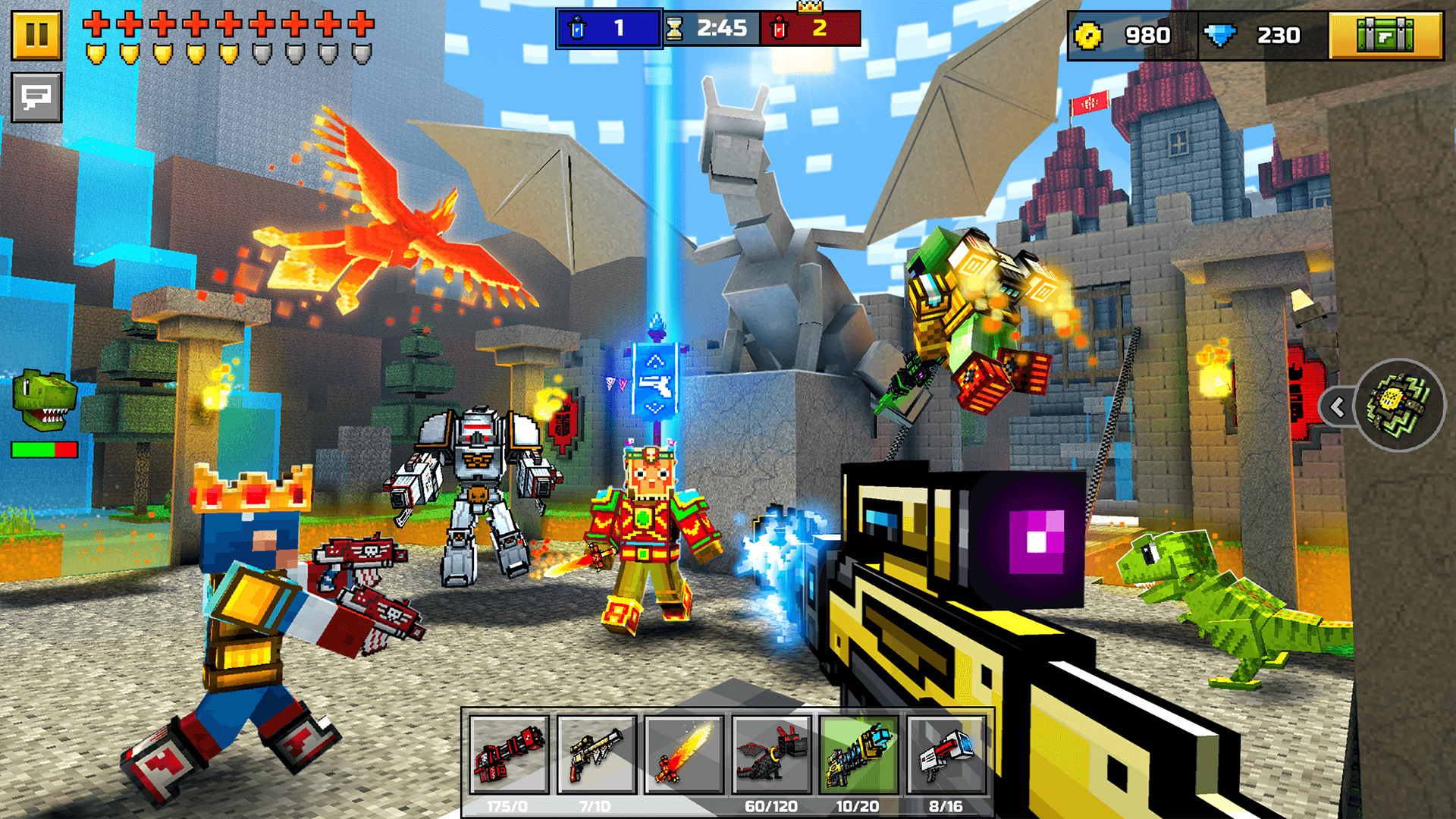 Pixel Gun 3D is an FPS Shooter and Battle Royale game. The game can be played in a first-person multiplayer shooter. Pixel Gun 3D is all about block graphics and of course, competitive gameplay.

You can form a clan with your friends on Pixel Gun 3D. Make a winning team and enjoy all the prizes. Pixel Gun 3D also allows the users to customize the fort. The player needs to get a powerful tank in order to rain the forts of your enemy clans.

If you are playing Pixel Gun 3D, you will have to join clan wars. Feel free to conquer territories. You can explore the huge global map. While exploring the field, you can further go ahead and collect valor points for all your courage with the income that you earn in the game, you can buy resources for winning the game.

There are more than 800 weapons in Pixel Gun 3D. You can also use these weapons for winning the game. Don’t forget the grenade that is present in the weapon section. The Pixel Gun 3D supports plenty of skins. The skin editor of Pixel Gun 3D allows you to customize Pixel Gun 3D.

There are different game modes present in Pixel Gun 3D like Deathmatch, Duels and Battle Royale. You can go ahead and challenge yourself and friends. If you are tired of playing in the battlefield, you can play mini-games in Pixel Gun 3D. The Pixel Gun 3D game is for players who are 12 years or above.

Pixel Gun 3D further supports a chat feature. Even while playing, you can chat with other players. Players also have the option of disabling in-game chat capabilities. Your goal in the Pixel Gun 3D app is to survive till the end and kill your opponents. Navigation through the app is a super easy task. In addition to the main game, Pixel Gun 3D also supports many different mini-games.

At the beginning of the game, the players of Pixel Gun 3D are dropped to an island with no weapons. Your first goal in the game is to collect weapons to kill the opponents. And, also you should be collecting resources to make yourself stronger.